The community is bounded North by Lee Highway, East by Glebe Road, South by 17th Street North, and West by George Mason Drive. This map shows the growing community in 1900.

The maps in the Map Collections materials were either published prior to 1922, produced by the United States government, or both (see catalogue records that accompany each map for information regarding date of publication and source). The Library of Congress is providing access to these materials for educational and research purposes and is not aware of any U.S. copyright protection (see Title 17 of the United States Code) or any other restrictions in the Map Collection materials.

“Hall's Hill,” Built By the People Themselves, accessed November 30, 2022, http://lindseybestebreurtje.org/arlingtonhistory/items/show/27. 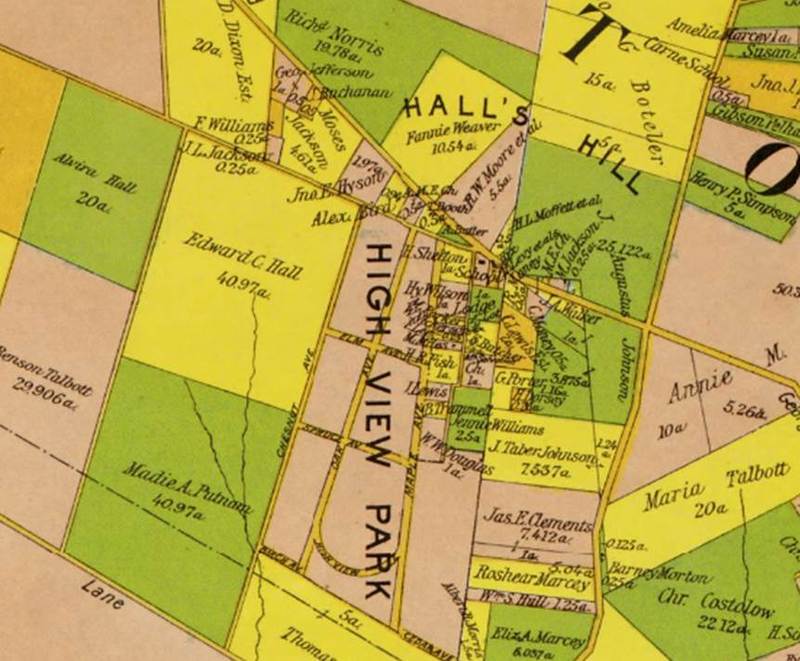