The Gray House is an Italianate-style row home built by African American Harry W. Gray in the Johnson's Hill community of Arlington in 1882. The two-story, three-bay wide, red brick home mimicked the style of houses in Washington, D.C.'s Foggy Bottom neighborhood. With the use of this style, similar to those homes created by middle class African Americans in the nearby city, Gray illuminates his visions for what makes an area a good place to live and his aspirations for himself and his family in freedom.

Gray was born into slavery. During his time in enslavement he became a skilled mason and brick worker. He used these skills to build his home. After the Civil War Gray transitioned into work as a public servant with the Department of the Interior. Gray lived in the home in Johnson's Hill with his wife Martha, their four children, and two live-in servants.

The home was put on the National Register of Historic Places in 2003. 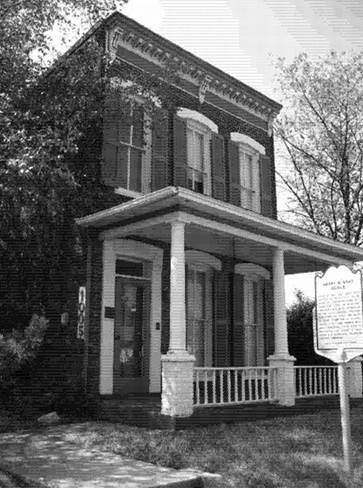