In 1941 the War Department began building their headquarters, known as the Pentagon, in Arlington. The Pentagon was one of the first federal buildings constructed outside of downtown Washington. The Pentagon's 3.6 million square feet of office space took just over a year to complete at a cost of $75 million.

Publication may be restricted. For information see "Horydczak Collection" 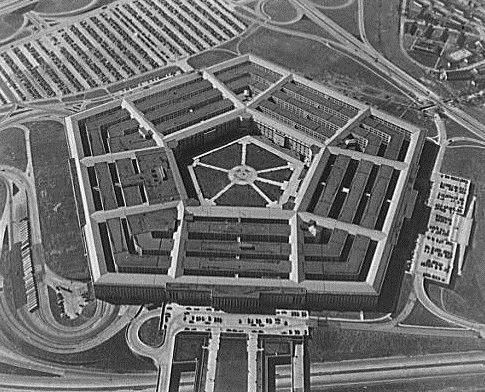